The Strange Story of William Faulkner’s Only Children’s Book

The Strange Story of William Faulkner’s Only Children’s Book:
A rare vintage treasure, with stunning black-and-white illustrations and a side of controversy. 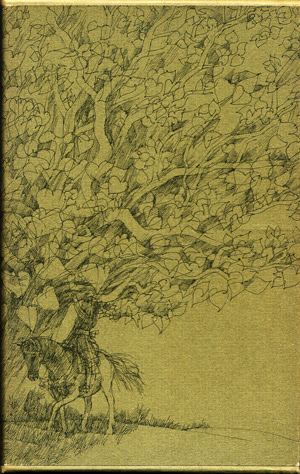 As a lover of obscure children’s books by famous authors of grown-up literature, I was delighted to discover The Wishing Tree (UK; public library) by none other than William Faulkner — a sort of grimly whimsical morality tale, somewhere between Alice In Wonderland, Don Quixote, and To Kill a Mockingbird, about a girl who embarks upon a strange adventure on her birthday only to realize the importance of choosing one’s wishes with consideration and kindness.
But far more intriguing than the mere existence of the book is the bizarre story of how it came to be: In 1927, Faulkner gave the story to Victoria “Cho-Cho” Franklin, the daughter of his childhood sweetheart, Estelle Oldham, with whom he was still in love. He hoped Estelle would leave her unhappy marriage and marry him instead — which she did two years later.
The tiny book was typed and bound on colored paper by Faulkner himself. (It wasn’t uncommon in those days for authors to hand-craft and publish their own books.) The first page of the book read:


For his dear friend

on her eight birthday

Grave and windless bells; mine air

Hath verities of vernal leaf and bird.
Ah, let this fade: it doth and must; nor grieve,

Dream ever, though; she ever young and fair.’

On the left-hand page facing the dedication verse, the following text appeared: 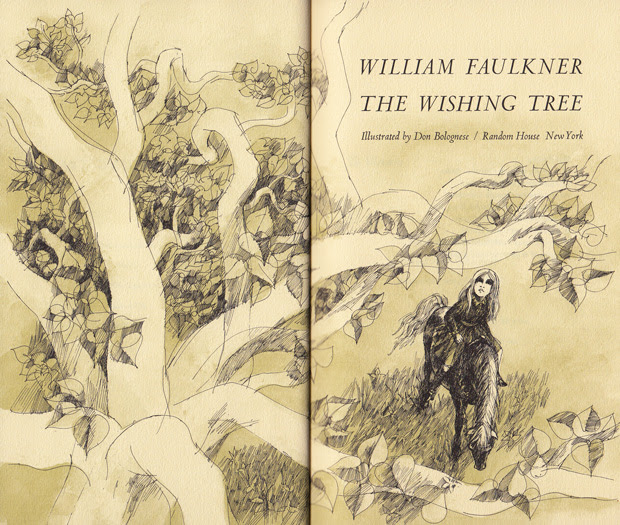 The catch? Faulkner turned out to be an unapologetic, serial regifter: He made another copy of the book for his friend’s daughter, a little girl dying of cancer, and then two more for two other children — his godson and to the daughter of his friend, the actress Ruth Ford — years later. Each child believed the book had been made exclusively for him or her. But apart from the ethical question, a more practical one presented itself when Victoria tried to publish the book nearly four decades later, only to find out she wasn’t the only rights-holder.
Copyright was eventually worked out and in 1964, Faulkner’s granddaughter Victoria, Cho-Cho’s daughter, got Random House New York — who just five years later commissioned Salvador Dalí’s exquisite Alice In Wonderland illustrations — to publish a limited edition of 500 numbered copies, featuring stunning black-and-white illustrations by artist Don Bolognese. I was lucky enough to hunt down one of the surviving copies, number 121. 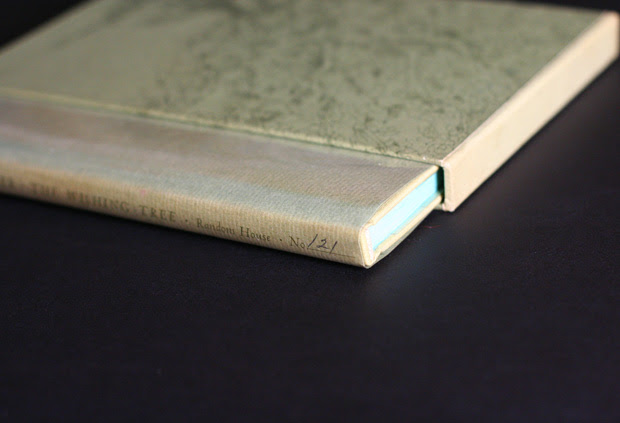 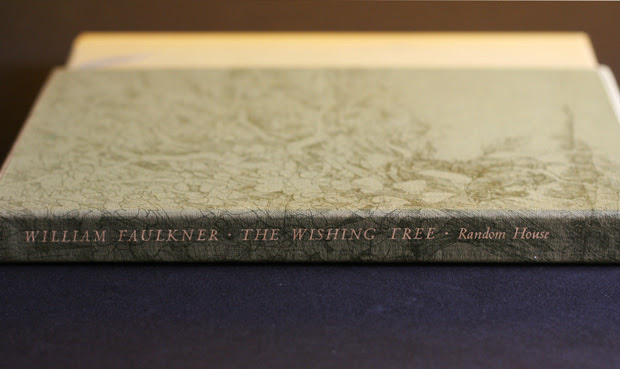 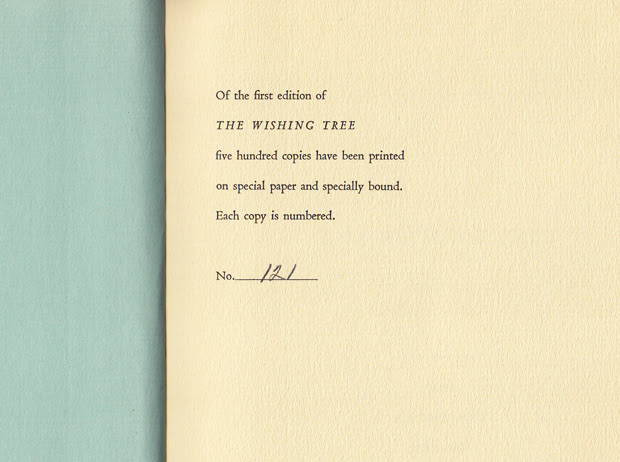 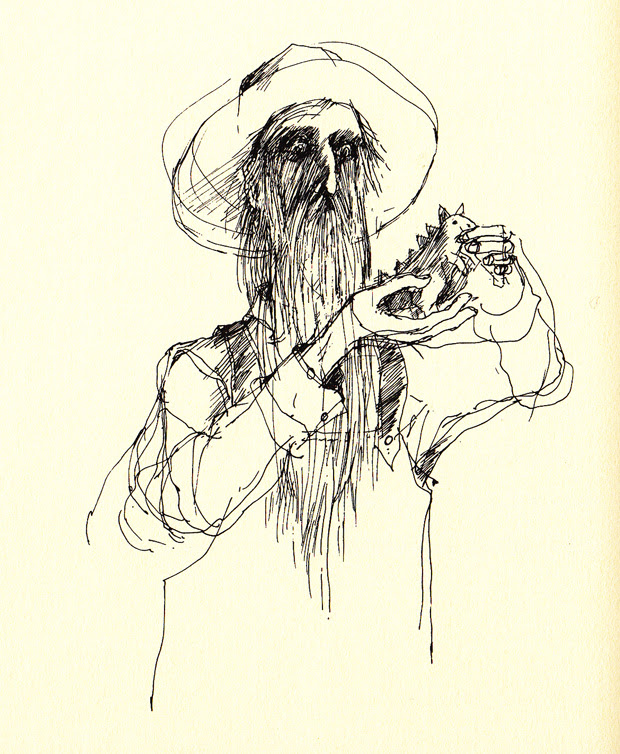 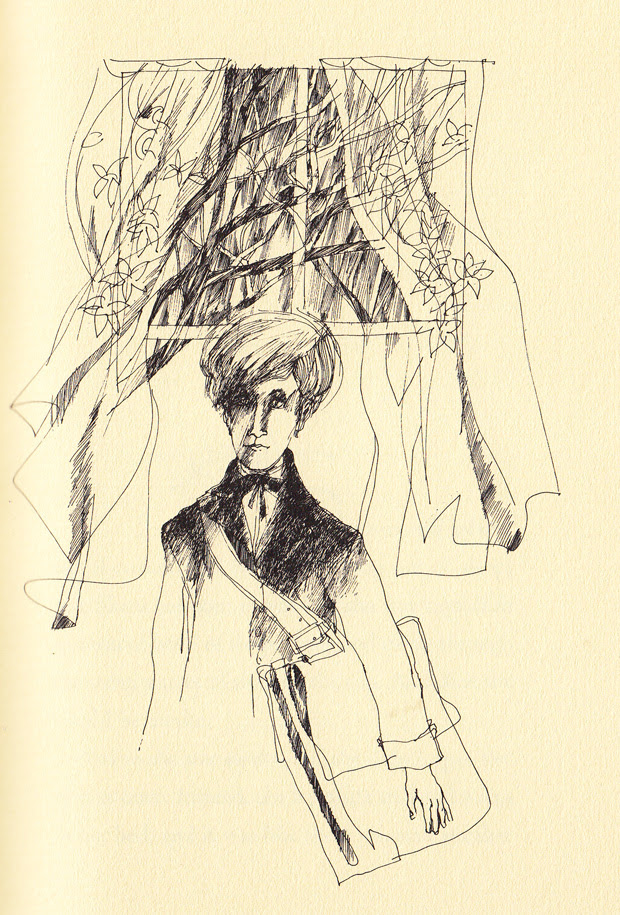 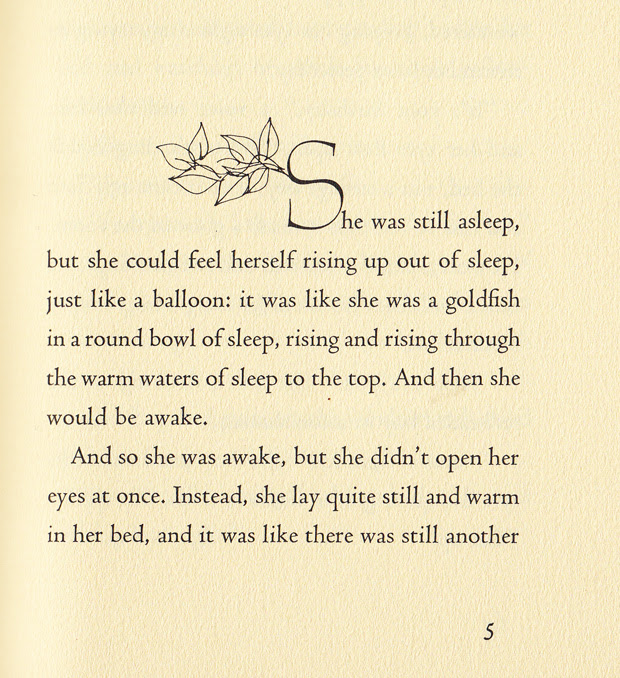 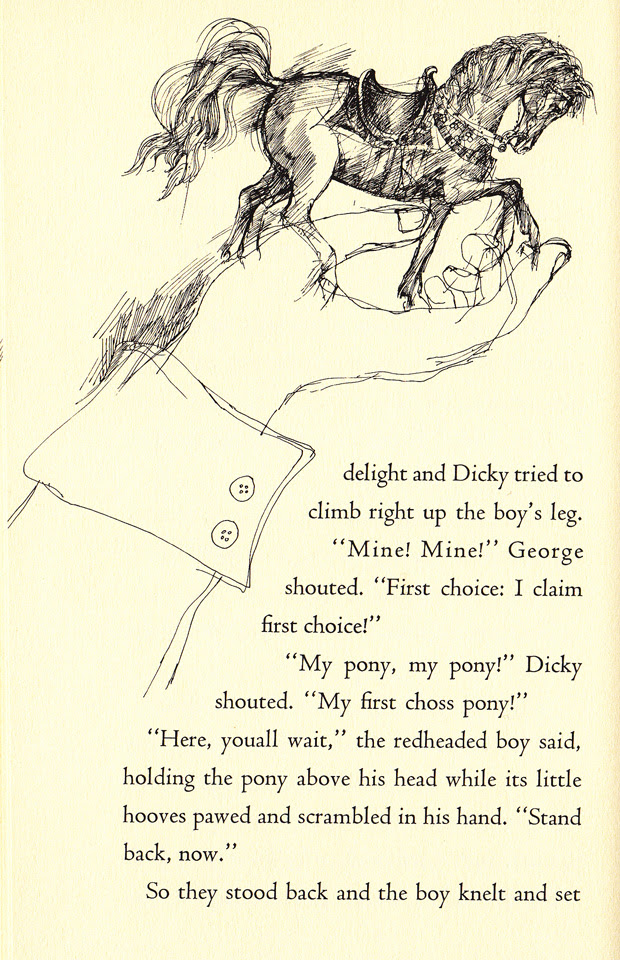 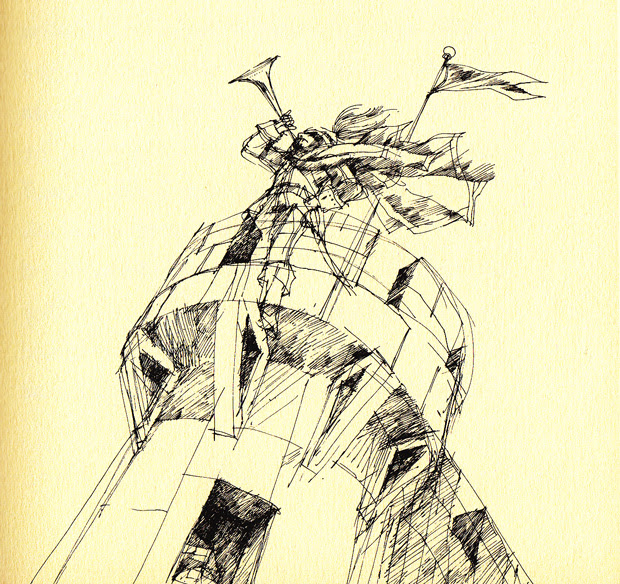 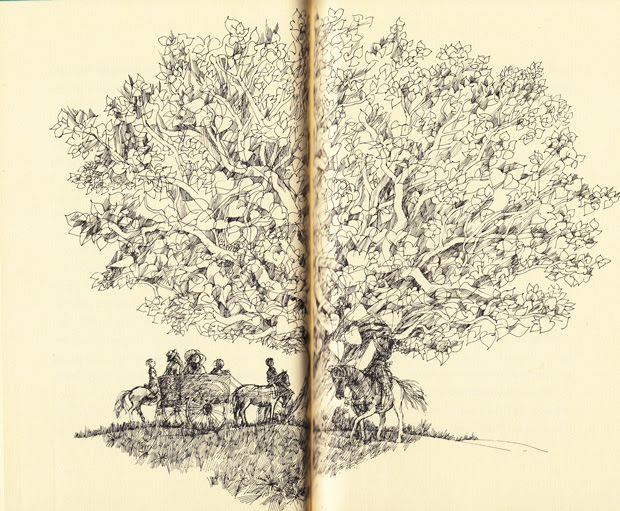 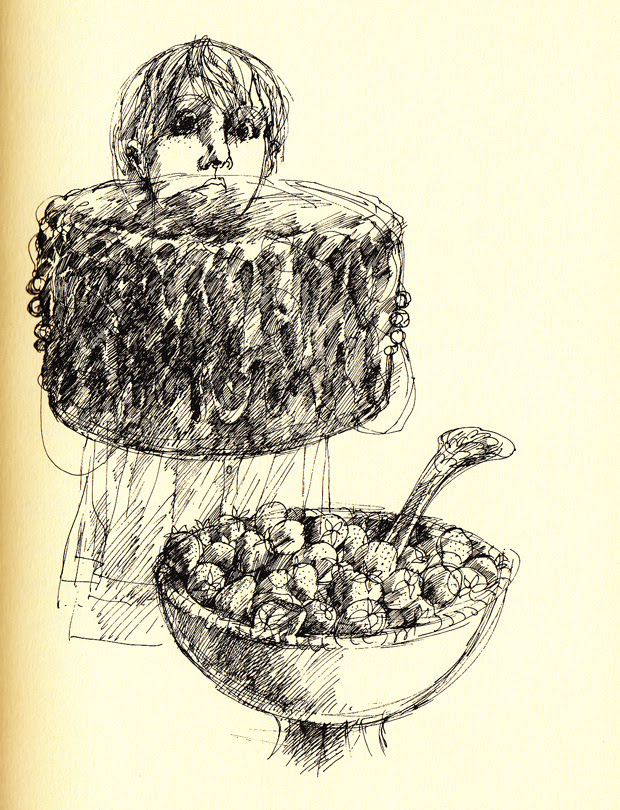 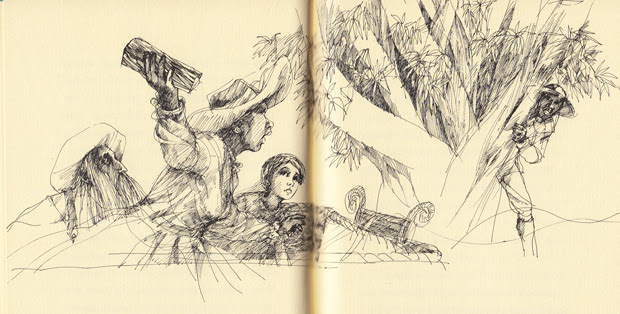 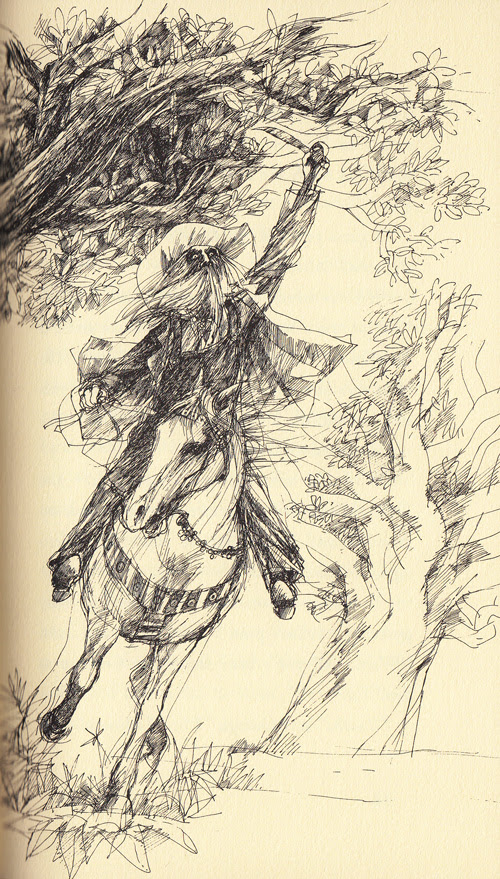 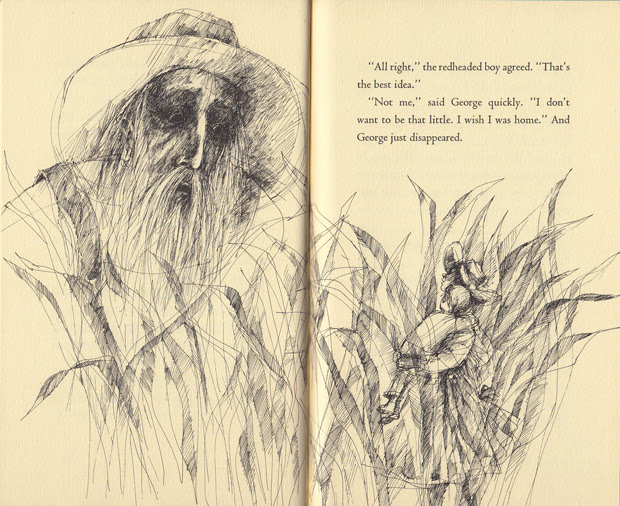 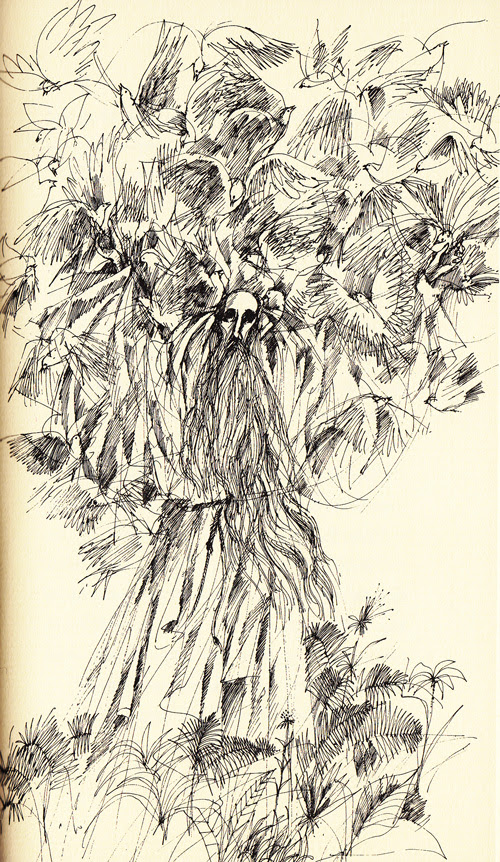 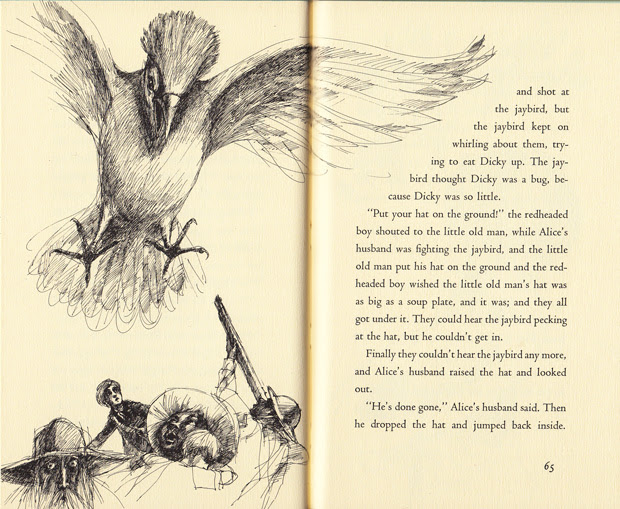 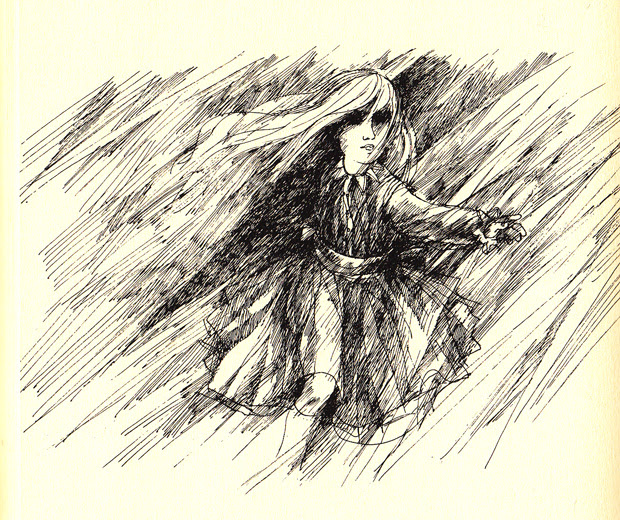 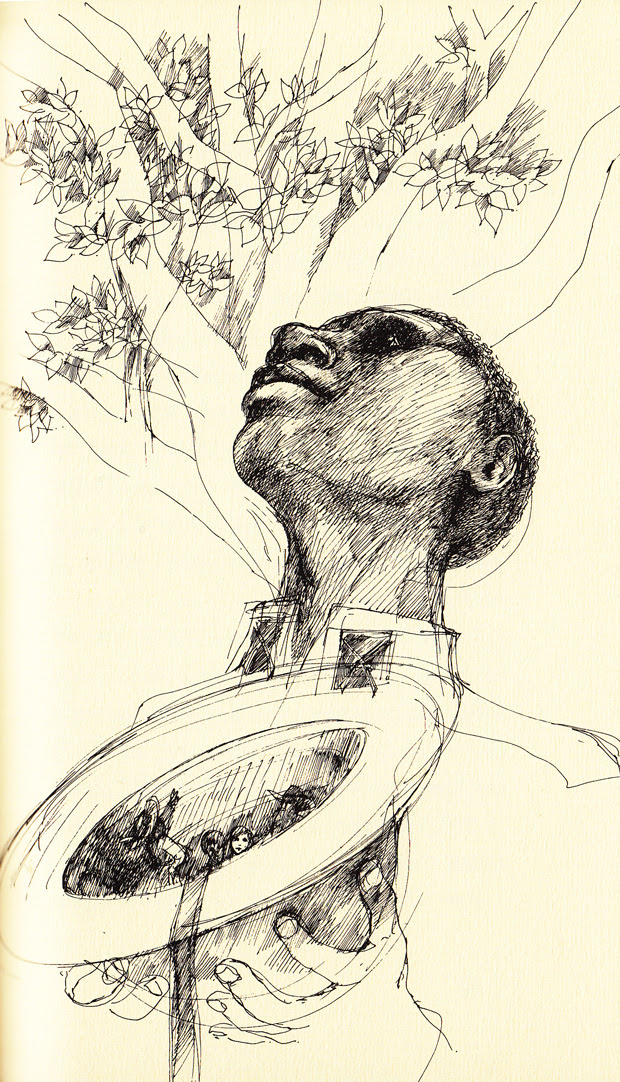 …if you are kind to helpless things, you don’t need a Wishing Tree to make things come true.

The Wishing Tree, sadly long out of print, remains Faulkner’s only known children’s book. On April 8, 1967, a version of the story appeared in The Saturday Evening Post. Three days later, Random House released a regular edition, now also out of print but findable used with some persistence.
Thanks, Anique

Donating = LovingIn 2012, bringing you (ad-free) Brain Pickings took more than 5,000 hours. If you found any joy and stimulation here this year, please consider becoming a Member and supporting with a recurring monthly donation of your choosing, between a cup of coffee and a fancy dinner:

You can also become a one-time patron with a single donation in any amount:

Brain Pickings has a free weekly newsletter and people say it’s cool. It comes out on Sundays and offers the week’s best articles. Here’s what to expect. Like? Sign up.
Brain Pickings takes 450+ hours a month to curate and edit across the different platforms, and remains banner-free. If it brings you any joy and inspiration, please consider a modest donation – it lets me know I'm doing something right.

Posted by Unknown at 9:55 AM No comments:

Posted by Unknown at 7:53 AM No comments: